The Assistant Inspector General of Police Zone 2 Command, AIG Ahmed Iliyasu psc felicitates with muslims in Lagos and Ogun States on the completion of the holy month of Ramadan and the celebration of Eid-el Fitr. He prays that Allah rewards everyone abundantly for the great sacrifice made during the holy month.

He further enjoins muslims to continue in the same spirit in which they have during the holy month as this will have a direct cumulative effect on the safety and security in our society.

AIG Ahmed Iliyasu psc reminds people of Lagos and Ogun States that the COVID-19 Prevention Regulation Orders including the Inter-States Movement Restriction Orders, national curfew and the prohibition of socio-religious gatherings by the federal government remain in force and should be complied with accordingly.

Blaming the outbreak of the pandemic, he regrets the unusual effects these provisions will have on the Eid celebrations and call upon everyone for their maximum co-operations as his command will ensure due enforcement of the orders; whilst upholding human dignity, human rights provisions and the rule of law.

AIG Ahmed Illiyasu psc assures people and residents of  Lagos and Ogun States of adequate security during and after the Eid-el Fitr celebrations, citing the deployment of intelligence and tactical assets of the command towards proactive and robust anti-crime measures are on ground to deal with any unlawful activity whatsoever.

The AIG concludes by expressing his appreciation and gratitude to the good people of Lagos and Ogun States for their continuous cooperation and perseverance during this difficult time. 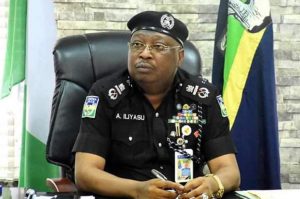 By: HighCelebritySquard   Security operatives have killed one Commander Ikonta and six other militia members in Imo State. Nigerian security forces carried out a joint operation in Imo State, less than three weeks after public assets were allegedly attacked by IPOB’s Eastern Security Network (ESN). ESN is the militia wing of the Indigenous People of […]

By: HighCelebritySquard   The Vice President, Prof. Yemi Osinbajo has commended Nigeria’s dairy giant and makers of Peak, Three Crowns, Olympic, Nunu and Coast milk brands, FrieslandCampina WAMCO for expanding the frontiers of dairy development in Nigeria with the successful launch of the Center for Nigerian Dutch Dairy Development (CNDDD). Speaking at the virtual unveiling […]

By: HighCelebritySquard   The Economic and Financial Crimes Commission, Makurdi Zonal Office, on Wednesday, June 17, 2020, arraigned Deputy Speaker of Benue State House of Assembly Christopher Adaji, and Clerk of the Assembly, Torese Agena, before Justice S. O. Itodo of the Benue State High Court, Makurdi, for their complicity in an alleged fraud totalling […]