Raheem Akingbolu reviews the new television commercial of Access Bank titled ‘Tough Choices’ and concludes that it is conceptualised to pass two messages -identify with patrons during this trying period as well as making a global statement.

As a subtle response to the effect of the ravaging Coronavirus pandemic, the global corporate communities have not only redirected the focus of their Corporate Social Responsibility (CSR), they have also adjusted the thrust of their advertising messages to reflect how compassionate they are.

This is logical, as society appears to be increasingly turning to companies and CEO’s for guidance in turbulent times. Public relations and communications professionals are all seeking to provide the best counsel and the most effective messaging and contingency plans in a situation that truly has no playbook. Of course, many analysts have encouraged brand owners and promoters not to allow the uncertainty of this period to become a drawback.

In a latest television commercial of the Access Bank titled ‘Tough Choices’, the bank looks beyond normal banking business in identifying with its patrons.

As a responsible corporate body, Access Bank sends compassionate messages to stakeholders that their bank share in their burden while they cope with the fallout from COVID-19 pandemic.

Through a sublime voice that depicts affection, concern and strong feeling, Access Bank speaks to what its local and international customers may be passing through at the moment. At a time like this, the Access family salutes the courage and sacrifices being made by it patrons, hence the title ‘Tough Choices’.

“Times like this call for tough choices and we see you making them every day, like choosing to stay indoors, choosing to give up time with friends you love for the common good,” the voice stated.

Conceptualised by Udeme Ufot’s SO&U for Access Bank, the 60 seconds TVC felicitates with all the people, who have resorted into tough decisions and various approaches to contend with the COVID-19 season. Beyond the cast in the TVC, which is a blend of both the conservatives, the urbane, the black and the white, the creative agency also uses setting to illustrate the different shades of Access Bank spread. With it, Access seems to be affirming its global status and various customers.

The ‘owambe’ setting is uniquely Nigeria and it speaks to the fact that Access Bank identifies with all; from the SMEs to the corporate organisations and the man next door. The closing part of the TVC also dwells on the diversities of Access Bank’s public.

Like an epic to champions within and outside Nigeria, ‘tough choices’ commends its target audience for being brave enough to take difficult actions so that the world can be the same again. Though negligibly, the bank also uses the TVC to galvanise its patrons and others not to shy away from making sacrifice at a time like this.

In a touching voice, the TVC says: “Giving up things you love, your favourable hangouts, your favourable walk-outs, the stitches, the beaches, the Owambes. Choosing to put your life on the line to help those who need a lifeline. Choosing to change the way you do business even though you can’t afford to – because you really can’t afford not to. Choosing to stand back when all you want to do is draw closer, because sometimes, the hardest thing to do is the right thing to do. “To everyone, making tough choices for a brighter tomorrow, we choose to say thank you”.

One thing is clear, the bank has simply demonstrated through ‘tough choices’ that it still maintains its path when it comes to CSR, positioning, target market and expressive advertising campaign.

The months of lockdown, as a result of the pandemic, has created a new order across the world. Aside from the fact that it shuts down businesses and social activities, the lockdown has also brought trauma and fear of the unknown to families. Perhaps mostly hit is the world economy, which according to April World Economic Outlook projects global growth in 2020 to fall to -3 percent.

In its April report, the global stance concluded that the world has changed dramatically in the three months since its last update of the World Economic Outlook in January. It further established that the magnitude and speed of collapse in activity that has followed was unlike anything experienced in the entire lifetimes.

However, beyond the tragic health hazards and human consequences of the COVID-19 pandemic, as pointed out by the report, the economic uncertainties and disruptions that have resulted come at a significant cost to the global economy. With the new campaign, Access Bank is simply assuring its patrons that it sees their worries and understands their plights at this trying period.

Like few Nigerian brands that have become household names in the market, Access Bank entered humbly about 30 years ago with the ambition of becoming a solid brand that would command respect across Africa. With such objective, coupled with a properly aligned strategy and service offering, the bank has grown from that humble beginning into banking giant with admirable reputation that transcends the local market. 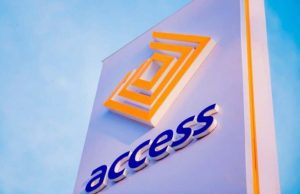 By: HighCelebritySquard   Lagos State Governor, Mr. Babajide Sanwo-Olu on Tuesday commissioned a 48-Chamber morgue facility at the Infectious Diseases Hospital, Yaba in Lagos. Speaking at the commissioning of the state-of-the-art morgue facility, Governor Sanwo-Olu said the new morgue, donated by IHS Towers to the Lagos State Government will be available to serve the entire […]

IBEDC Felicitates With Muslim Faithful, Urges On Safety During Sallah

By: HighCelebritySquard   The management of Ibadan Electricity Distribution Company (IBEDC) wishes   all our esteemed customers and Nigerians a happy Eid -Mubarak. This was contained in a goodwill message from the Chief operating Officer, Engr. John Ayodele, where  he urged Muslim faithful to imbibe the virtues and the morals of the Ramadan season, by being […]

By: HighCelebritySquard   US President Donald Trump on Sunday ordered the withdrawal of National Guard troops from the streets of Washington after days of protests over the police killing of George Floyd. “I have just given an order for our National Guard to start the process of withdrawing from Washington, D.C., now that everything is […]

Azubogu in Umueri For PDP Anambra East LGA Interactive Meeting As A Guest.

Magu Opens Up On How Recovered Vehicles Were Auctioned To Presidential Villa, Ministries

Lagos State: Revocation Of Approval Of Layout In Respect Of Properties Encroaching On The Regional Road Alignment, Lekki, North Of Elegushi Layout Lpao 992.