The Nigerian Army and the Nigerian Navy have expressed readiness for next Saturday governorship election in Ondo State, noting that they would carry out their duties professionally in ensuring a peaceful poll.

The officers of the two security agencies on Thursday evening carried out an exercise tagged ‘Show of Force’ in the Ilaje and Ese Odo Local Government Areas of the state.

Speaking after the exercise, the Commander of 32 Artillery Brigade, Akure, Brig-Gen. Zakari Abubakar, said the aim of the exercise was to signal a warning to hoodlums on the waterways that the security agencies were combat-ready to ensure that the coming election was violence-free.

Abubakar said, “We have gone for ‘Show of Force’. We are telling hoodlums and militants that are on the creek who want to take undue advantage to cause trouble that we are ready.

“The purpose of the exercise is to get prepared for the October 10 governorship election. We want to ensure that the election is free and peaceful and make sure that hoodlums don’t interfere.

“As you are aware, the places visited lead to Delta and Ogun States and they will be coming. But I want to assure you that whenever and wherever they come from, we will give them blocking force.”

He advised the youths in the coastal communities to shun all forms of violence and intimidation before, during and after the election, noting that the military was aware of several camps that are springing up on the waterways, noting that some hideouts of hoodlums at Asere were destroyed during the exercise.

Similarly, the Commanding Officer of Naval Forward and Operation Base, Igbokoda, Navy Capt. Mohammed Ahmed, said the exercise “is to assure people that we are always there to secure the environment for them and inform hoodlums that we are watching.”

He noted that the exercise would be repeated before the poll and beyond. 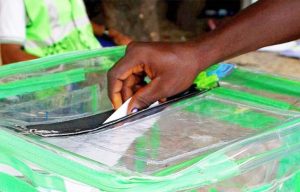 By: HighCelebritySquard   Zenith Bank CEO, Ebenezer Onyeagwu Zenith Bank Plc has announced its unaudited results for the third quarter ended September 30,2020 with gross earnings rising by 4% to N509 billion from N491 billion posted in the same period in the previous year. Performance demonstrates the group’s resilience against the backdrop of a challenging […]

By: HighCelebritySquard   Governor Muhammad Bello Matawalle of Zamfara State has vowed to demolish any house where bandits’ informants or weapons suppliers are living in the state. The Governor made this known while responding to the Sokoto state governor, Hon. Aminu Waziri Tambuwal along with his Council members who came to commiserate with the government […]

By: HighCelebritySquard   …John Uche’s Many Sins Have Found Him Out …Wants Ndigbos To Support The Ruling Party In Lagos ‘He is the number 1 liar among Igbos. He is the most consistent liar in West Africa. Even his good morning is questionable’ were the exact words used to qualify Chief John Uche by the […]