While the most anticipated film of the ministry “Itusile” will be dedicated and launch on the 10th of April, 2021, the ministry known for their dexterity in Christian films, will also be having their fund raising for their charity school where pupil pay no fee

The school –Cornerstone Mission Academy- according to Pastor Abraham Olorunnimiwo who spoke with us in his Papalanto Abeokuta,Ogun state the academy will be the first private charity in Ogun Sate

“We just distributed free uniform at the Cornerstone Mission Academy on Thursday, 11th March, 2021 to all students and we have plan to distribute free books also. That is our vision and mission. Cornerstone is the first private charity in Ogun State and we have mission to make it one of the best. So we seek for sponsorship to do more

He also spoke about the film “Itusile Yoruba”. “The film when finally released will be talk of town the movie will expose many things about Yoruba, the curse on them and solutions. But we want to at first do the dedication and launching of the movie. We have invited many important personalities and pastors. We have invited Evangelist Tope Alabi also Snr. Special Apostle Emmanuel Aderemi Awode of C&S Movement Church, Divine Blessing Cathedral, among others. The film will be on eye opener for Yoruba’s

Itusile Yoruba film will be an eye opener for Yoruba to know the curses that has been placed on Yoruba people. This film Itusile Yoruba will reveal many things about Yoruba, we are not going to just reveal the secret but we will also profound solutions to it. Yoruba is a unique tribe but is like we the people of Yoruba decency does not known the value and it is not our fault but the curse that was placed on the region.”

“We are not going to distribute this for free for a reason. Also we would have love to take it to different cinemas of federation but the situation of the country we not allow us going by the rate of political tension in the country” 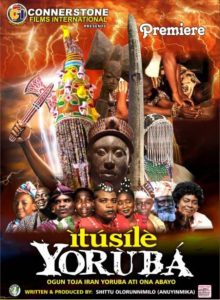 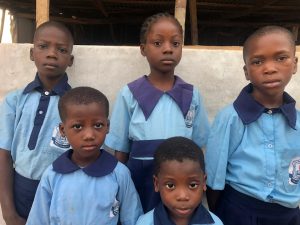 By: HighCelebritySquard   Last week, one of Nigeria’s most successful businesswoman and a skincare magnate, Alhaja Modupeola Shukurat Abimbola Sanni, popularly known as Shine Shine celebrated her birthday with all sense of humility with humanity. She held her special day in a low key at her 76, Nnamdi Azikiwe Road Victoria Island, Lagos headquarters of […]

By: HighCelebritySquard   Bet, many people don’t know that the 14years old girl allegedly raped by Nollywood Yoruba actor, Olarenwaju James, popularly known as Baba Ijesha is famous Comedienne, Princess’s adopted child. However, the heartbroken Princess on Wednesday, April 28th, 2021 took to her Instagram page, soaked in tears and dropped some shocking revelations. She […]

Rape Scandal: A Dbanj That I Know Can Go For 21 Days Without Sex -Former Manager, Peter Thomas Writes