The Speaker of Lagos State House of Assembly, Rt. Hon. ( Dr.) Mudashiru Ajayi Obasa has said that devolution of power by the Federal government to State and Local governments would bring rapid development in the country.

He said the devolution of power should not be seen or likened to the disintegration of the country.

Obasa said this in his speech after the passing into law the Appropriation Bill 2021 by the assembly.

His words: “Decentralization or devolution of power from the federal level to the state and local levels will spur rapid development in Nigeria as we have never seen before.

“If we truly practice federalism, it is of utmost importance that we allow the devolution of powers which is its key element.

“The federal government should endeavor to shed weight by transferring some items in the Exclusive legislative list to the Concurrent legislative list to enable states to have a direct responsibility on state police, community police, and prisons among others.

“It is gratifying to note that the Amotekun Security outfit formed in Southwest is working assiduously to address some of the issues in their little way.”

The Speaker also said if the federal government allows each state to manage its police, it will go a long way to curb insecurity in the country.

The speaker also used the occasion to thank Lagosians, community leaders, and the corporate world for their unflinching supports to the House of Assembly and the APC.

He wished Nigerians and Lagosians in particular a superb and prosperous new year 2021.

He prayed that their lives would be filled with lots of celebrations and happiness in the new year 2021. 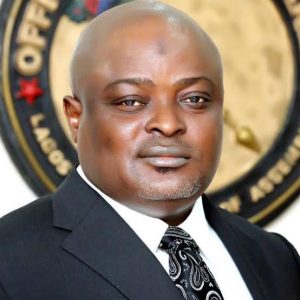 By: HighCelebritySquard   A United Kingdom-based Nigerian lawyer, Timothy E. Agbo, has described the country’s country’s digital switchover (DSO) programme as having neither a legal backing nor a coherent strategy. The programme, which began in 2012, has largely been marked by unsteady implementation, resulting in two missed deadlines and a halt in 2018, was on […]

By: HighCelebritySquard   FirstBank; Nigeria’s leading financial institution and Africa’s Bank of Choice has expressed its appreciation to the public – especially its customers – for their continued patronage of its services during the COVID 19 lockdown, whilst assuring the public that stringent measures have been implemented to ensure its branches and locations across the […]

High Celebrity Squard Magazine 3rd Edition Out With A Bang!

By: HighCelebritySquard   Finally, the much awaited third edition of your scintillating and extremely entertaining journal High Celebrity Squard is out with a big bang, the management and crew of the widely circulated magazine. Thank the Almighty God for his divine guidance throughout the stifling period of the production of the magazine. However, the publisher […]

Primate Ayodele Bares It All On Meaning Of Prophecies, Names True Prophets In Nigeria