The political situation in Edo state has caused tension ever since the PDP candidate, Godwin Obaseki won in the governorship election in 2020.

The APC had filed a suit against the governor based on his certificate, alleging that He submitted a forged certificate to the INEC before the election.

However, a high court sitting in Abuja has dismissed the suit against the governor after confirming his certificate as legal.

Meanwhile, A popular Prophet, Primate Elijah Ayodele who predicted victory for Godwin Obaseki during the polls On December 31st revealed that the governor will come out victorious in the court case.

“The governor of Edo state, Godwin Obaseki is God’s Project. His enemies can not remove him through court cases.

He will overcome the court case ahead of him, His enemies won’t be able to pull him down now, He is God’s Project”

With the dismissal of the court case , Primate Ayodele can be best described as the most accurate prophet in Nigeria at the moment, being the only one who saw the victory of Godwin Obaseki during the election, and in the court despite the fact that circumstances surrounding it seems to be against the governor. 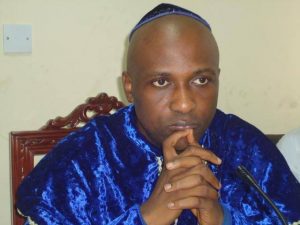 By: HighCelebritySquard   Shareholders of FCMB Group Plc (www.fcmbgroup.com) have restated their confidence in the financial institution to sustain its impressive performance and deliver more value. The shareholders gave the commendation at the 8th Annual General Meeting (AGM) of the Group held on April 21, 2021 at its corporate head office in Lagos. They also […]

By: HighCelebritySquard   An NGO, Real Act of Kindness (RAK) Foundation has called on employers of labour to create an environment that encourages people with disabilities to be productive. Mr Mobolaji Ogunlende, the Pioneer, RAK Foundation, gave the advice during an event to mark the 2020 International Day of Person’s with Disabilities organised by the […]

By: HighCelebritySquard   Heritage Bank in partnership with the Road Transport Employee’s Association of Nigeria (RTEAN) has launched the Travelers’ Accident Insurance Scheme (TAIS) to assist road accident victims across the country. The scheme which was launched on Friday, aims to address deaths associated with inability of travelers involved in accident to offset hospital bills. […]