In recent times, alot of fraudulent activities have been happening in virtually all the financial institutions without the consent of account owners. Many must have been wondering how the fraudsters get their data to scam or hack their accounts.

The latest Information at our disposal has revealed that the new method used by fraudsters to blackmail innocent people in Nigeria now is to develop an app under the guise of giving out loans to people in other to obtain their datas and later use it against them.

One of these self acclaimed microfinance apps which was recently caught in the act is Okash, a loan company under Opay app.

On January 26th 2021, Gbolahan Adetayo downloaded O-kash app and shortly after that, he was offered a loan which he obstinately turned down.

Later in the day, the said victim noticed that there was an unauthorized transaction on his Guaranty Trust Bank account, as sum of N6000 was fraudulently deducted from the Account.

The said GTbank customer was unable to lodge his complain to his Bank because he was out of town. Efforts made to contact his account manager proved abortive as he wasn’t picking up his calls neither did he respond to his emails on time. Days after, precisely on Friday 30th January 2021, another N6000 was fraudulently removed from the same account through the same channel (Opay).

Gbolahan then went to GTbank’s official website to rate the Bank zero. Almost immediately, a representative from GTbank placed a call to him on behalf of the bank.

Subsequently, his account officer called back to ask if he actually collected a loan from Opay and the response was capital NO

Without wasting time, he contacted Opay via email which read thus:

“Hello,
On January 26th 2021, a sum of N6000 was illegally removed from my account and after several calls and emails, I was told it was from Opay, probably may be I took a loan from you. Days after, precisely on Friday 30th January, another N6000 was fraudly removed the same account through the same channel kindly rectify this and do the needful.

Opay replied with the below email:

Thank you for your email.

We advise that you formally report this matter to your Bank whom we expect would escalate your complaints on your behalf.

Do have a nice day.

As of then, the victim was already in town and he went to a nearby branch of GTbank to formally inform the authority in charge of his account. His ATM card was first blocked, 3 days after, he got the below email from the bank:

Your request (on Fraud/Unauthorised Transaction) has been received and is being attended to.

If you are not satisfied with the resolution after the time frame provided for this request, please visit our Help Centre and fill the Escalation Form: the GTBank Website >> Help Centre >> Complaints & enquiries >>Escalation form

Thank you for banking with us.

Having sent this, his N12,000 which was fraudly removed wasn’t refunded. He then filled an escalation form and the below email was sent to him thereafter:

We write in response to your complaint on the above subject matter.

After receiving your complaint, we reviewed the record of transactions on your account and noted that the disputed sum was withdrawn from your account via local WEB transactions (OPAY). As part of our efforts to prevent future unauthorized transactions, we have gone ahead to block your Naira Master Card.

We contacted the merchant (OPAY) and requested that the disputed transactions be terminated. However, we were informed that the transactions were successful, and service had already been rendered.

Furthermore, our review showed that the disputed transactions were consummated with your card credentials (i.e Primary Account Number, Card Verification Value and Expiry date) which ordinarily should be in your custody. In view of the above, we have reasons to believe that you debit card details might have been inadvertently compromised.

Based on the outcome of our review, we hereby inform you that the Bank is unable to accede to your request for a refund of N12,000

Therefore, we appeal to you to safeguard your card details (particularly while transacting at ATM or POS terminals), disregard any message asking you to update or confirm your banking details and most importantly, do not provide any sensitive banking information to anyone which includes Staff of the Bank. You may wish to contact us via email (e-fraudteam@gtbank.com) for further inquiries.

Gbolahan revealed that his ATM card is always in his purse which he doesn’t toy with.

He then sent several emails to O-kash, up to this moment, none of his mails has been attended to by O-kash.

Meanwhile,ever since he downloaded the O-kash app and supplied his personal details on the app, his bank accounts including social media accounts have been under threat from this unknown fraudsters.

On Friday February 12th, an internet Fraudster contacted Gbolahan with this number 07042601897, he pretended to be a worker at the BVN department of the Central Bank of Nigeria, and Adetayo has been selected among the lucky Nigeians to benefit a sum of N55000 covid-19 palliative fund from CBN. The scammer called out Gbolahan’s BVN and his date of birth just to decieve him but he never fell to his tricks.

The following day, another impersonator who claimed to be a staff of Opay called with this number 0813 525 0341 asking for his personal information so as to hack his WhatsApp number but the young man was smart enough to give him wrong Information.

The fraudulent act has however been reported at the Central Bank of Nigeria, Consumer Protection Department (CPD) unit.

All efforts to reach the management of Opay was abortive as of the time of filing this report. 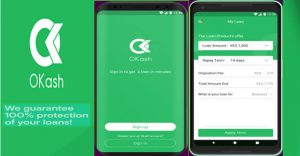 By: HighCelebritySquard   The federal government has finally approved the request of the Senator representing Anambra South Senatorial District, Ifeanyi Ubah to reconstruct some federal roads within his senatorial district. The approval was contained in a letter the Federal Controller of Works in Anambra, Mr. Adeyemo Ajani addressed to Toshel Construction Company (TCC), the construction […]

By: HighCelebritySquard   Kehinde Oloyede Almotuf who is popularly known as Kendoo does not need introduction in the political terrain most especially in Oshodi/Isolo axis. The philanthropist turned politician has been a force to reckoned with when it comes to grassroot politics in Lagos. His mother, Alhaja Taiye Almoruf, a former Iyaloja who doubles as […]