On 04/6/2020 at about 2010hrs one Azees Adebayo ‘m’  No 8. Dosumu Street Agbelekale Oke-odo reported  at Oke-Odo Police Station that one Sergeant Okema Azuquo a tenant in the same house returned home and engaged other tenants in a fight. That he inflicted matchet cuts on one Inspector Adekunle Ilesanmi who is also a tenant in the house and trying to stop the Sergeant from harming other civilian tenants. Ayodele Eyitayo, a tenant in the house sustained minor injury on his face. A team of Policemen led by the Divisional Police Officer was promptly deployed to the scene. The injured persons were taken to hospital for treatment while the Sergeant was arrested. While Ayodele Eyitayo was treated and discharged, the Inspector was admitted due to the severity of the injuries he sustained. The Inspector however, died on 07/06/2020 while on admission. Homicide Section of the State Criminal Investigation Department Panti has taken over the investigation. The suspect will be charged to Court as soon as investigation and disciplinary proceedings are concluded. 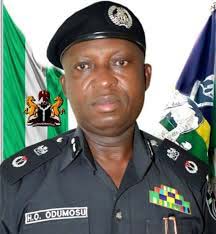 Lekki Shootings: Only Buhari Has The Power To Order Deployment Of Soldiers – Army General tells panel

By: HighCelebritySquard   A representative of the Nigerian Army, Brigadier-General Ahmed Ibrahim Taiwo on Saturday said President Muhammadu Buhari ordered the deployment of soldiers to Lekki Tollgate on 20th October. He said this under cross-examination by counsel to the Lagos State Government, Abiodun Owonikoko (SAN), while testifying before the Justice Doris Okuwobi Judicial Panel of […]

By: HighCelebritySquard   The Church Administrators Society of Nigeria (CASON) has announced the need for churches in Nigeria to see the new Companies and Allied Matters Act (CAMA) 2020 as a call to reposition themselves; improve self-regulation and entrench proper administration, rather than see it as persecution by government. Addressing professional members, invited pastors, church […]

Most Rape Cases We Are Handling Were By Religious Leaders – Nollywood Actress, Daramola- Salako

FFK And Shinkafi Emirate: A Good Reminder Of The Charter Of Peace – Deyemi Saka