Former gubernatorial candidate of the Action Democratic Party (ADP) in Lagos , Babatunde Gbadamosi, his wife, Folashade and Singer , Naira Marley have witnessed a miracle as the Lagos State government withdraws it’s charges against them.

This is because the defendants accepted to tender written apology to Lagos State Government, issue undertaking to comply with directive on lockdown and social distancing and stay in isolation for the next 14 days.

The state government agreed to withdraw the charge against the three defendants based on their remorsefulness but subsequent upon them fulfilling three conditions.

They were therefore not arraigned before the Magistare Court sitting in Ogba today, April 8. The conditions are:

1) They have to write a formal apology to the Government of Lagos State which will solidify the remorsefulness shown by them.

(2) They have to give an undertaking in writing that they will continue to comply with the directives of Mr President and Mr Governor which is the subject matter of the case before the court.

(3) In view of the danger which the state believes they’ve put themselves by attending a gathering exceeding 20 persons, they must agree to go on 14 days isolation to protect other members of the public from any likely danger.

The defendants through their counsel all agreed to the conditions and the court has adjourned till tomorrow for the prosecutor to brief the court on whether all the conditions have been met failing which they will be arraigned. 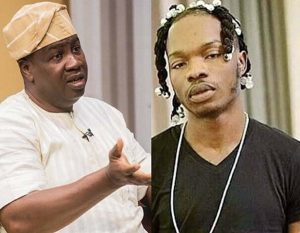 By: HighCelebritySquard   The shareholders of Fidelity Bank Plc have unanimously endorsed the payment of a cash dividend of 22 kobo per share to all Shareholders whose names appear in the Register of Members at the close of business on April 16, 2021. This translates to a dividend yield of 9.2%, making it the 4th […]

Sanwo-Olu: Those Behind Lekki Shootings Will Account For Their Action

By: HighCelebritySquard   Skirmish here and there notwithstanding, the National Association of Online Security Reporters, NAOSRE has commended security operatives assigned to the Edo State governorship election which held on Saturday, September 2020. The commendation came in a statement signed by NAOSRE’s Acting President, Favour Benson who noted that officers and men of the Nigeria […]