She said often times they never get to the end of the cases as victims families would rather prefer to drop charges, saying the perpetrators should be left to God.

She further narrated how she was raped by her tenant when she was 17.

He said“75% of the cases I have on my table are from religious leaders and most times we don’t get to the end of it.

“This is because when we start investigating the cases, the family would come and tell us we should leave the religious leader to God.”

Further, she dismissed all claims that indecent dressing is not responsible for rape happening.

She noted that most victims are usually underage, or elder women who were not indecently dressed.

She added, “You hardly find rape cases against young women except for sexual assaults and abuse in workplaces, we find it mostly amongst children, teenagers, and elderly women, how come you are now telling me it is indecent dressing?

Recall that only last week nothing less than 4 rape cases were reported.

Most prominent were Vera Uwaila Omozuwa, a student of the University of Benin (UNIBEN) who was brutally raped and killed in her church, where she and gone to read and Barakat Bello, a student of Institute of Agriculture, Research and Training, Ibadan.

Meanwhile, the International Federation of Women Lawyers (FIDA) on Saturday demanded for death sentence as punishment for rapists in Nigeria. 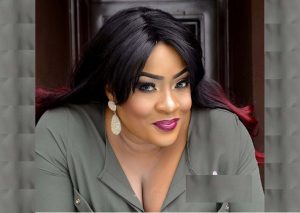 By: HighCelebritySquard   First Bank of Nigeria Limited, Nigeria’s leading financial inclusion services provider, recently announced that loans in over the sum of 17 billion naira have been disbursed to individuals, across the country.  The loan disbursement is carried-out through FirstAdvance, its digital lending solution. FirstAdvance is designed to offer a convenient and easy access […]

By: HighCelebritySquard   …Raymond Dokpesi Jnr, chairman of DAAR Communications Plc, has tested positive for coronavirus. He disclosed this in a short message to members of staff in Abuja, AIT reported on Monday evening. Dokpesi was said to have been self-isolating in the past week, before he developed malaria symptoms and started coughing. He reportedly contacted […]

By: HighCelebritySquard   Governor Babajide Sanwo-Olu has approved special e-portals that will allow Lagos State tertiary institutions commence online lectures as part of measures to reduce the impact of Coronavirus on education. The seven schools that will benefit from the initiative are: Lagos State University (LASU), Lagos State Polytechnic, Adeniran Ogunsanya College of Education, Michael […]