Nigerians and some other people of African and Caribbean descent who settled lawfully in the United Kingdom
before 1988, but without proper documents to show their legal status, can now enjoy the right to live and work in
Britain.
The UK Home Office has launched a campaign in this regard named the Windrush Compensation Scheme as well as
appointed 41 Windrush Community Ambassadors, including Babatunde Paul Soile, a Nigerian British citizen and
clergyman.
In a statement issued to the Nigerian media, Soile who is also a health and safety specialist, Superior Evangelist
and Secretary, Council of African and Carribean Churches, United Kingdom, explained the rationale behind the
Windrush scheme.
He said, “The UK Home Office has reasons to believe that some people of African and Caribbean descent who
came into the UK before the end of 1988 may have found it hard to demonstrate their right to work and access
services in the UK. They may have lost out on jobs, housing and healthcare.
“This is the ‘Windrush issue’ and the UK government seriously seeks to increase the number of people applying for
the compensation available and the support to confirm their legal status. This is why I am putting this cheerful
news out there in Nigeria” Soile said.
The UK government has set up a Windrush Help Team to help eligible people get the documents they need to
demonstrate their right to live and work in the UK. The team can also help people claim compensation.
Explaining further, Soile said, “This means that if any Nigerian got into the UK before the end of 1988 and you have
since then struggled to confirm your legal status in the UK and suffered losses because you couldn’t confirm your
legal status, the Windrush Help Team can help you confirm your legal status and claim compensation you’re
entitled to. We also assure everyone that your information won’t be passed on to Immigration Enforcement.
“You can call the free helpline: +44 800 678 1925 or visit: www.gov.uk/WindrushHelpTeam. You can also call +44
7309659713, email secretary@caccuk.org or babssoil@gmail.com for a confidential chat” Soile said. He is the
Windrush Community Ambassador for Thamesmead, Woolwich and Plumstead in Southeast London. He is raising
awareness of the support available to Nigerians, Ghanaians and others within and outside the UK. 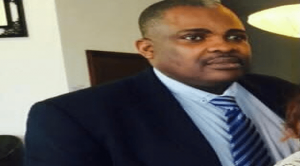 By: HighCelebritySquard   This is to announce the call to glory of Madam Comfort Faramobi Ajoke Olasoji Soji-Opa who was until last night the maternal grandmother of the Arole Oduduwa  Olofin Adimula, Ooni Adeyeye Enitan Ogunwusi, Ojaja II, the Ooni of Ife. Born in 1907 to Chief & Mrs Aina Akinyemi of the Ajigbayin Compound […]

By: HighCelebritySquard   Guaranty Trust Bank plc prides itself as the foremost “Financial Institution built on a foundation of excellence, professionalism and best practices Its Orange rule philosophy is also anchored on “Professionalism, Service, Friendliness, Excellence, and Trustworthiness.” But recent development is threatening the bank’s virtue and reputation which has produced ?3.287Trillion asset base and […]

Sanwo-Olu At 55: We Have A Governor Truly Leading Lagos – Speaker Obasa

By: HighCelebritySquard   The Speaker of the Lagos State House of Assembly, Rt. Hon. (Dr) Mudashiru Obasa, has felicitated with Governor Babajide Sanwo-Olu on his 55th birthday saying the Governor has shown true leadership in his administration’s efforts to implement policies that put the state ahead in terms of growth and development.   Speaker Obasa, […]