The Arewa Council of Chiefs has denied a report that indigenes of the north resident in Lagos recently attacked personnel of the task force of their host state.

The body also described two individuals, Alhaji Aliyu Garuba, and Alhaji Hassan Auyo, as impersonators for allegedly claiming to be the Sarkin Hausawa of Lagos and Sarkin Idi-Araba.

According to the Arewa Council of Chiefs, these two individuals, while speaking with Vanguard newspaper in the fake capacity, condemned an attack on the task force officers by some ‘worshippers’ from the north.

In a statement signed by Alhaji Aliyu Bambado, the Galadiman, Arewa Council of Chiefs in Lagos, the body said: “These two individuals claimed that the worshippers, allegedly from the northern part of the country, attacked the operatives of the Lagos State Environment Protection Agency (LASEPA).

“As the only constitutionally and legally-recognised Arewa Council of Chiefs, we wish to outrightly disown the concocted story in the Vanguard and dissociate ourselves from the so-called Sarkin Hausawa and Sarkin Idi-araba.

The statement which urged the public to disregard the claims by the two impersonators, said the northern traditional body holds the state government and leaders in the state in high esteem and would not be part of any action to disturb peace in the state.

It, however, frowned at the way any group of persons would want to spread misinformation because of their ulterior motives and desperation to impress anyone in government.

“Consequently, we intend to conduct thorough investigation to ascertain the people behind that publication which is capable of creating bad blood between people of the north resident in Lagos and the respected Arewa Council of Chiefs.

“We wish to state for the records that we have nothing to do with the claims by the two individuals and we are not aware of any such conflict between the so-called worshippers and the officials of the environmental agency,” the council said while urging northerners in the state to disregard the spurious claims by the two individuals, remain law-abiding and go about their lawful activities.

It further urged the media to always verify information from the right sources before rushing to publish stories.

“A single interview with any authorized official of this palace would immediately provide whatever clarification is required on any issue, no matter how sensitive.

“We shall keep the general public up-to-date on the those behind this misinformation about a clash that never happened, while we reiterate our unshaken loyalty to the Lagos State government,” the statement said. 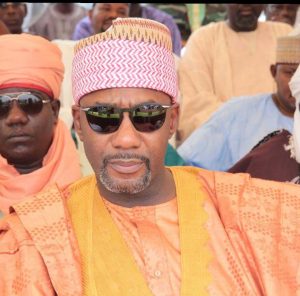 By: HighCelebritySquard   As the very fundamentals of American democracy shook, after a violent attack at the US Capitol, President Donald Trump finally conceded and pledged an orderly transfer of power to President-elect Joe Biden. After months of claiming that the elections were stolen from him, Trump said early Thursday that he would respect Congress’ […]

With Unity, Lagos Will Bounce Back To Life – Speaker Obasa

By: HighCelebritySquard   The Speaker of the Lagos State House of Assembly, Rt. Hon. Mudashiru Obasa, has appealed to residents to support the ongoing effort of the government to put life back into state. Obasa said this when he led other members of the House on a visit to some of the areas destroyed or […]

Sir Olu Okeowo, a renowned property merchant and philanthropist per excellence, is set to join the growing number of privileged individuals in the country, who are complementing the efforts of the governments across the country to lessen the burdens of the citizenry occasioned by the outbreak of the Corona virus, otherwise known as COVID 19, […]

150 Suspects Have Been Arrested By The Ogun State Police Command

Nigeria At 60: Towards The Land Of Our Dreams – Babajide Sanwo-Olu

FirstBank Setting The Pace In World Class Banking Service, Citizen Empowerment And Social Intervention In Africa And Beyond