Nigeria Professional Football League clubs will spend a staggering N2.5m for COVID-19 tests per game as they gear up towards finding a way to complete the season, The PUNCH reports.

The PUNCH understands that the tests will be crucial in ensuring the NPFL football season can restart amid concerns over the players’ safety.

Minister of Youth and Sports Development, Sunday Dare, in an interview with Brila FM, said players and coaches of all NPFL clubs must undergo tests before the league could resume.

“I can tell you, there will be no audience participation; content will have to be beamed through radio, television and other means.

“Tests will be conducted on the players and the coaches as the case may be and I don’t see us having multiple venues. We might think of centres to have all the other games.

“I don’t know what they are going to bring forward, I’m just rolling out a few guidelines that I think must guide the return of the league.”

Each NPFL team is expected to administer up to 50 tests (40 players and 10 officials) before every game, meaning each club will pay N2.5m for the tests.

In total, the 20 NPFL clubs would cough up a combined N50m for the tests, per game.

An NPFL team, The PUNCH gathered, registers 40 players for a season and they have a minimum of 10 backroom staffs, which includes the head coach, two assistants, a goalkeeper trainer, team secretary, team manager, curator, team analyst, welfare officer, media officer, doctor, masseur and a physiotherapist.

Warri Wolves chairman, Moses Etu, called for the cancellation of the NPFL as several clubs will not be able to meet such demands.

“I don’t have much to say, the politics is on and we are waiting, they said they want to meet with the Federal Government, but till now, we are still expecting a response from them,” Etu told The PUNCH.

“With what is happening now, there is no way we can restart the league, I’m of the opinion that the league should be cancelled.

“Hopefully, by September things will have improved and then we can restart the league again. It’s not a do-or-die affair. Those fighting that they want to finish the season in their bid to represent the country in CAF competitions should pray that this pandemic should not extend further because no one will be able to travel out of the country to honour matches.

“I believe those teams that represented the country on the continent last season should be made to fly the country’s flag again.

“If we are to restart the league, we will keep the players for 14 days for COVID-19 testing. Which hotel will allow their facility for an isolation centre? The fee for the testing is another case because there’s no money for that.

A top official of Sunshine Stars, who spoke on the condition of anonymity, also backed the move for the league to be called off.

“We don’t have such money for that now, COVID-19 has also hampered a lot of things,” our source said.

“I will suggest that the LMC calls the league off. Let’s start afresh and prepare for the new season. Players and staff will be in quarantine for the week, with regular coronavirus tests, the pitches must be disinfected as well. So, it will cost the clubs a lot for the restart except the government can intervene.”

The Chairman of the League Management Company, Shehu Dikko, and top officials of the Nigerian Football Federation met the sports minister on Sunday to discuss possible next steps during the coronavirus pandemic.

According to PUNCH news we gathered that recommendations on the league resumption were discussed, and potentially rubber-stamped in the meeting.

Also, 3,959 cases were discharged and 354 deaths recorded in 35 states and the Federal Capital Territory.

In Europe, the Bundesliga is the first topflight league to resume since the pandemic sent countries into lockdown.

The Italian Serie A, the Premier League and the Spanish La Liga are expected to return to action next week. 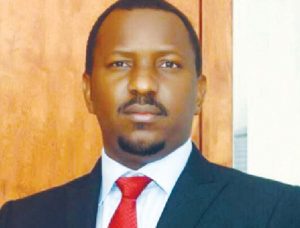 By: HighCelebritySquard   Oyewale Femi, a media entrepreneur and publisher Sahara Weekly, has taken oath of office as President, National Association of Online Security Reporters, NAOSRE. Femi, alongside other executives, emerged elected in an election conducted by the association on October 29. The oath taking ceremony held in Lagos on Thursday, November 12. Speaking, Oyewale […]

By: HighCelebritySquard   Lagos State Police Command has on 20/5/2020 arrested Inspector Okoro Charles attached to Ikotun Division. The Inspector was arrested in connection with a shooting incident reported on 20/5/2020 at about 2205, along Obabiyi, Igando road, Ikotun which led to the death of one Fatai Oladipupo ‘m’ 28 years old of Obabiyi area. […]

By: HighCelebritySquard   This is to announce the call to glory of Madam Comfort Faramobi Ajoke Olasoji Soji-Opa who was until last night the maternal grandmother of the Arole Oduduwa  Olofin Adimula, Ooni Adeyeye Enitan Ogunwusi, Ojaja II, the Ooni of Ife. Born in 1907 to Chief & Mrs Aina Akinyemi of the Ajigbayin Compound […]

Posted on May 7, 2021 Author highcelebrity