The Ogun State Police Command has arrested the Olu Of Kemta, Oba Adetokunbo Tejuoso in Odeda Local Government Council, following the alleged romance scam and multiple forgery.
Olu Kemta is a member of Egba traditional Council who was recommended by the last administration and upgraded from Baale to a Coronet Oba during Senator Ibikunle Amosun’s regime.
The arrests came after a lady petitioned Ogun state police command.
According to a source, Olu kemta, an Oba without a wife or a child, specialises in defrauding his unsuspecting victims mostly wealthy ladies via social media through Facebook and Instagram with a promise of marriage.
“He is also Fond of taking photographs with influential people and beautiful places to promote his ambitions on his Instagram and Facebook pages” one of the victims said.

Source also revealed that several petitions had been submitted to the Ogun state traditional institution by some of his victims but were ignored.
Oba Tejuoso always look for wealthy ladies through their online profiles and photographs to determine his approach.
It is sad to discover that the sacred traditional institution has become the final bus stop for fraudulent people because of lack of integrity checks and balances by the government and tradition council before approval is given. 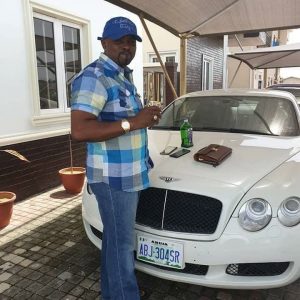 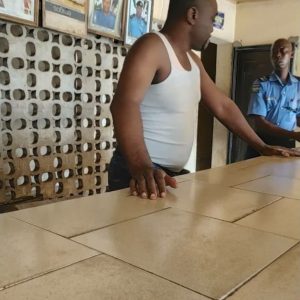 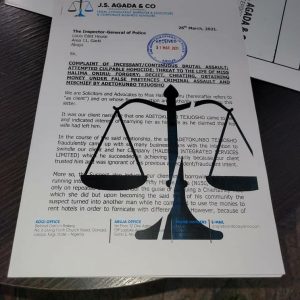 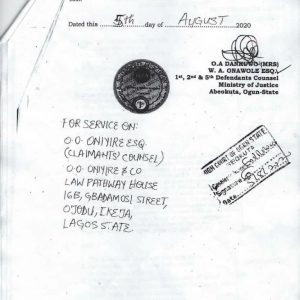 By: HighCelebritySquard   Ecobank Nigeria says its customers are now able to transfer funds by email, SMS and Whatsapp – new features available on the Bank’s Mobile App. Speaking, Olukorede Demola-Adenyi, Head, Consumer Banking Ecobank Nigeria said that this is part of the bank’s innovation in digital banking, enabling customers perform their transactions conveniently. She […]

By: HighCelebritySquard   Nigeria’s biggest e-commerce platform, Hicolumn, has been launched with exciting freebies of shopping vouchers to social media advocates for online purchase of goods at choice stores on the mobile app, close to their neighbourhood. The launch, which was held in a stylish mode, was well attended by social media enthusiasts who see […]

By: HighCelebritySquard   The Celestial Church of Christ Worldwide through its Pastor, Reverend Emmanuel Mobiyina Oshoffa, has made a donation of N25,000,000 (Twenty Five Million Naira) to Nigeria Centre for Disease Control (NCDC), as well as Lagos and Ogun State governments to support Nigeria’s fight against the deadly COVID-19 pandemic, While presenting the donation at […]

HCS TV: Tears Of Joy For Pasuma As The King Of Fuji Music, K1 De Ultimate Serenade Him On Daughter Wedding