Iran and Britain have started training dogs to sniff out coronavirus infections in humans. The charity who initiated the project in the UK has already trained canines to detect the scent of malaria, cancer and Parkinson’s. If the project works, the detection dogs could be deployed to screen unwitting carriers at public places.

Iran has started training sniffer dogs to detect COVID-19 in a training programme supported by the military, according to the semi-official Mehr news agency. Iran is currently the most-affected country in the Middle East with almost 86,000 reported cases and Over 5000 recorded deaths, although one parliamentary report suggests the figures are higher.

Hamidreza Shiri, the project’s spokesperson, yesterday told IRNA: “Since dogs can detect odours 20,000 times better than humans, they have already been trained to detect some diseases, including malaria.”

The project has been running for two weeks, “In the first phase of the research, we proved that dogs are not being infected by coronavirus; it is now two weeks that dogs are directly working with the virus but multiple tests in different stages show that none of them nor the trainers have contracted the virus,” Shiri explained.

“Since we didn’t know which breed has a better detection ability, we used different breeds including Labrador, Golden Retriever, German Shepherd, and Border Collie,” he added

Similar initiatives have already been underway in the UK, where the charity Medical detection Dogs has trained dogs to spot the scent of malaria, cancer and Parkinson’s disease.

Late last month, the BBC reported that there are plans to conduct trials on the current strain of coronavirus with Durham University and the London School of Hygiene and Tropical Medicine.

Charity boss Dr Claire Guest said it had to find out how to “safely catch the odour of the virus from patients”. “In principle, we’re sure that dogs could detect Covid-19,” she said. 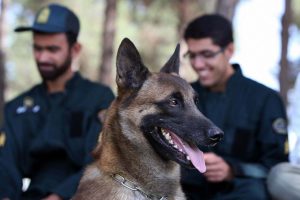 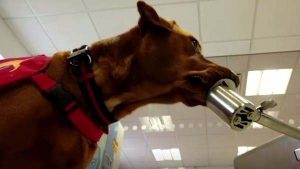 La Liga & Serie A Weekend: Barcelona vs Atletico Madrid, Juventus vs Milan, Others On DStv, GOtv

By: HighCelebritySquard   DStv and GOtv viewers can look forward to action from the 2020-21 La Liga and Serie A seasons, with matches scheduled for 7-10 May 2021. SuperSport is the only place to get English commentary from the legendary La Liga, where the pick of matches for this round sees Barcelona host Atletico Madrid at Camp Nou on the afternoon of Saturday […]

By: HighCelebritySquard   Reports have emerged that the coronavirus pandemic may force the Confederation of African Football to shift the 2021 Africa Cup of Nations in Cameroon to 2022. The next edition of the AFCON tournament was scheduled to take place between January 9 and February 6, 2021, but with four rounds of fixtures postponed, […]