The prayer sessions, according to information made available is to ensure victory for the NFF President in his bid to become a member of the FIFA Council in the election which will hold on 12th Of March, 2021 during the 43rd Ordinary General Assembly of the Confederation of African Football (CAF) in Morroco.

The popular prophet who has shown undying love for the progress of Nigeria in every sector including sports organized a three-day prayer in his church.

Some weeks ago, news reports had it that the popular prophet urged Nigerians to show support for Amaju pinnick to become the third Nigerian to reach the height of a member the FiFA Council.

The prophet stated that if Amaju Pinnck gets the post, it will help Nigeria well in the soon coming world cup.

Apart from the prayers, He revealed that NFF needs to rebrand their jerseys to the pattern of the one used in 1994 if they want to thrive well in the soon coming world cup, while cautioning the coach to use the right players which includes Home based players. 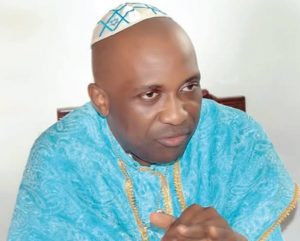 By: HighCelebritySquard   SIFAX Group, a group of companies with investment in Maritime, Aviation, Oil & Gas, Haulage & Logistics, Financial Services and Hospitality,has rewarded and honoured 46 staff at its annual Long Service Award ceremony. The SIFAX Group Long Service Award is an annual event where deserving staff, who have served for a minimum […]

By: HighCelebritySquard   Arole Oodua & Ooni of Ife, Ooni Adeyeye Enitan Ogunwusi(Ojaja II) is  partnering with ABUAD-Afe Babalola University, Ado Ekiti on a clinical research  aimed at developing drugs and vaccines for viral infections with special focus on Coronavirus pandemic. Ooni Ogunwusi made this known at his Ile-Oodua palace on Monday while receiving reports […]

By: HighCelebritySquard   …Dencia Says Burna Boy Has A Very Ugly Personality And Always Tries To Bully Everyone Around Him. Cameroonian-born singer, Dencia has dragged Burna Boy and his London born rapper girlfriend, Stefflon Don. The music star took to her Twitter page on Sunday May 24, 2020, where she called out the music star […]