It was joy galore as Prophet Joshua Iginla, who is arguably a line crosser and a barrier breaker in the ministry, celebrated the 14th anniversary of Champions Royal Assembly amidst pomp and pageantry as dignitaries stormed Abuja for the ceremony which held between Monday, 23rd of November to Sunday, 29th Of November 2020.
Popular gospel musicians such as Eden and others added colour to the glorious event on Sunday, November 30th,2020 inside the ministry’s 80,000 capacity auditorium at Kubwa, Abuja. Tagged “Unstoppable Enlargement”, the gifted Prophet, quoting from Isaiah 60 vs 22 revealed that the ministry has entered a tremendous season of enlargement, a session whereby no matter the attack of the enemies, their enlargement and advancement is unstoppable.
Interestingly, there was a great move of God’s presence with abounding testimonies of deliverances, healing, fruit of the womb session and torrents of prophetic ministrations.
Several activities were set out to mark the 14th anniversary that include free medical check up by United States medical practitioners, sporting activities, ministers conference, spiritual activities that withnessed miracles and wonders, to mention a few.
The wife of the Prophet, Prophetess Stella Joshua Iginla also ministered to the women powerfully during the International women conference where lives were transformed.
Also, the likes of Gospel musicians Eben, performed at the anniversary by leading the congregation to spiritual worship in songs. The presence of God was felt mightily during their ministrations.
For every attendee of the anniversary ceremony, one thing that could be deduced from them is that spirit of God was mightily felts throughout the week of the anniversary as the sick were healed, the lame walked, the blind could see, the broken-hearted, it was indeed a time of massive testimonies.
Champions Royal Assembly started many years ago during the early days of the ministry of Prophet Joshua Iginla. The ministry has no doubt stood the test of time judging by the tough days that was faced by the ministry when it started.
No doubt, God’s hands is on the ministry looking at the progress that has been made in 14 years. The ministry which started under a canopy now boasts of an edifice that can comfortably contain 100,000 congregation at once.
Also, the ministry’s tentacles have spread across board as a replica of the 100,000 seater auditorium, commonly referred to as ‘City Of Wonders’ is currently being erected in South Africa.
Apart from that, the ministry also has a Television, Champions TV that boasts of millions of viewers across the world. Prophet Joshua Iginla is renowned for the philanthropic activities he has done over the years. 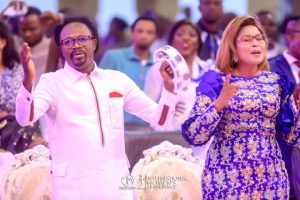 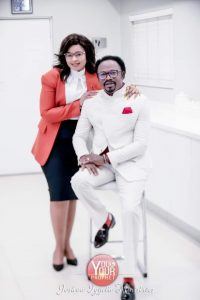 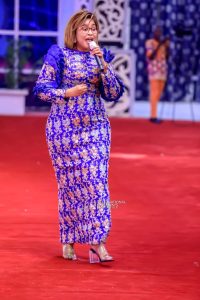 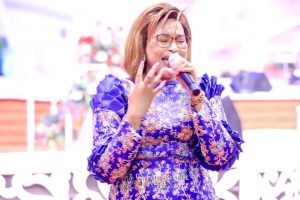 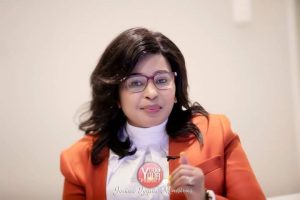 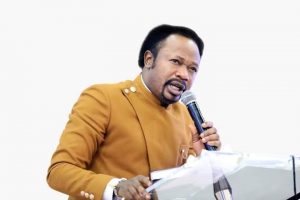 By: HighCelebritySquard   MediaReach OMD, a frontline marketing and media agency, had during this period of the coronavirus (COVID-19) pandemic, guided media planners, buyers, and businesses in their investment bid with data-driven newsletters on media consumption habit to maximize profits and increase productivity and to navigate the new normal. Published in ThisDay Newspapers and titled […]

By: HighCelebritySquard   The Men’s Club (TMC), Africa’s highly anticipated online series powered by the United Bank for Africa’s Lifestyle and Entertainment channel, REDTV, has emerged the winner of Gage’s Awards’ Web Series of the Year 2020. Following a thorough audit by the organisers of the awards, TMC which was nominated alongside four other popular […]

By: HighCelebritySquard   The Vice Chancellor and President of Babcock University, Prof. Tayo Ademola, has lauded the 17 pioneer graduates of Church Administration (Executive Diploma) the first of their kind in the history of professional Christian education in Nigeria. He called them first fruits of the university in its collaboration with the Church Administration Society […]