The Lagos State House of Assembly on Friday demanded the proscription of the Federal Special Anti-Robbery and the introduction of a new and well-structured security outfit in its place.

The House also called on the Commissioner of Police in Lagos State, Hakeem Odumosu, to provide protection for the protesters while they express their grievances.

The call was made at an emergency sitting presided over by the Speaker of the House, Rt. Hon. Mudashiru Obasa, to add a voice to the current call across the nation for an end to the widely reported alleged inhuman activities of the body.

Late Thursday, Obasa and some lawmakers had addressed some residents of Lagos who protested to the House of Assembly demanding for an end to F-SARS with some of them alleging that innocent people had become the major victims of the body.

Among the seven-point resolution passed after an extensive deliberation was also that the Senate and the House of Representatives should carry out a probe of the allegations against F-SARS including killing, maiming and dehumanising of Nigerians.

Below is the list of demands made by the House of Assembly:

The House Resolved as Follows,that:

The Senate President and the Speaker of National Assembly should institute public enquiry on the extra judicial activities, killings,maiming and dehumanization of our youths by the Anti- Robbery Squad ; ensure that the victims are duly compensated while erring officers sanctioned appropriately

Committee on Judiciary, Human Rights and Public Petitions liaise with the Commissioner of Police and Attorney General of the State to fashion out ways and means to address allegations of ruthlessness and extra judicial killings contained in the petition against SARS in the state.

The Governor of Lasgos State Mr Babajide Sanwo-Olu engage relevant institutions to protect lives and property in the state such that phones, laptops and other means of communication belonging to youths are not confiscated indiscriminately without warrant. 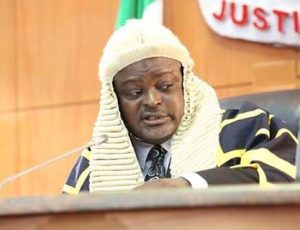 By: HighCelebritySquard   Mr. Ibrahim Odunbomi, the Managing Director of the Lagos Waste Management Authority (LAWMA), is barely four weeks on the job, but he is already making giant strides in office. Here’s a list of activities he has embarked on within this short period: Decentralization of operations into regions for effective and efficient waste […]

By: HighCelebritySquard   An attack has been reported on Saturday morning of the convoy of servant of God and spiritual leader at INRI Evangelical Spiritual Church, Lagos, Primate Elijah Babatunde Ayodele (JP). The coordinated attack, according to the media department of the Ministry, was carried out by policemen from the Okota Police Station while Primate […]

By: HighCelebritySquard   The 2020 edition of Access Weekly Magazine Colloquium & Awards is set to hold Sunday December 13 at Lagos Chamber of Commerce and Industry (LCCI) Conference and Exhibition Centre, plot 10, Nurudeen Olowopopo Street, behind MKO Abiola Garden, Alausa Ikeja, Lagos. Theme of the event is The Revolutionary Change in Youth Movement: […]