Ogunlende told Badagry Parrot News in Badagry that the objective of the project is to create cleaner environment and provide job for teeming youth in the area.

Ogunlende said the establishment of the recycling plant in Iworo community was done in conjunction with Green Janitor Sustainable Initiative led by Abdulsalam Ashade.

The founder said investing in the plant was part of developing his immediate environment and give back to the society.

Ogunlende said he started nursing the idea when Ashade invited him as guest speaker at his clean up program at sultan beach late last year and today it is history.

The founder said the plant would provide avenue to turn waste to wealth as the case maybe which was part of United Nations initiative.

He said that with the recycling plant in Badagry community, the residents need to provide plastic waste and turn them to recycling used.

“If you are getting anything from now on, we must know what you will do with it and how well it will have it impacts on the people of your area.” Ogunlende said

“Today, we are setting up this plant because we know it will impact positively on the environment and the people.

“With this, we are trying to create employment opportunity for youths and at the same time cleaning the environment. This will definitely change the face of our community,” he said.

Ogunlende then urged well-meaning people of Badagry to assist his organisation in order to impact positively on them, adding that he could not do it alone.

Also, Mr Abdul-Salam Ashade, the Executive Director, Green Janitor Sustainable Initiative, said the journey started in 2010, but turned a new dimension in 2019 with the launching of “Pick the Plastic Project”.

Ashade, the initiator of the project, said he had a vision towards empowering youths through waste management in Badagry.

He said that the vision became reality through RAK founder, who provided the support and capacity needed for the recycling plant in the city.

Ashade said that his initiative had collaborated with RAK development foundation to establish JaniRak Recyclers to help address the issue of indiscriminate plastic waste disposal.

Odumboni assured people of Badagry that the town was in the agency’s developmental plan.

The Managing Director said the authority would assist them in term of expanding and make it a programme that would benefit all and sundry.

He commended the traditional rulers, Muslim and Christian leaders for supporting Mobolaji and the project to succeed.

In his remarks, Hon. Gbenu Joseph Henugbe, Chairman, Badagry West LCDA, said that the recycling plant was a challenge to them.

Gbenu commended them for putting up such a laudable project to turn waste to wealth.

Speaking as the Royal Father of the Day, HRM Oba Idris Kosoko, the Oniworo of Iworo Land in Badagry, promised to ensure a conducive environment for commencement of the plant.

Kosoko said that he was delighted following the promise made by the management of LAWMA to assist in training of staff.

Hon. Princess Sesi Ogungbe, the Supervisor for Women Affairs and Poverty Alleviation (WAPA) enjoined sons and daughters of Badagry to join hands and support the project to reach greater heights.

She said that she was happy seeing an industrious son of the land coming up with laudable project to assist his community, she prayed that God would not leave RAK founder. 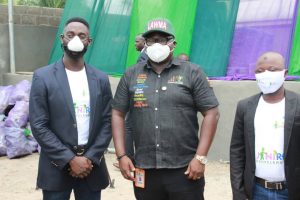 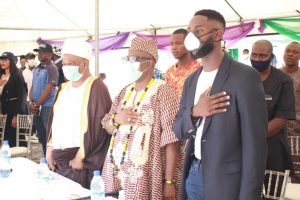 FirstBank Offers Support To SMES In Education Sector Through The Pandemic

By: HighCelebritySquard   First Bank of Nigeria Limited has offered to give financial support to Small and Medium Enterprises (SMEs) in Education Sector to cushion the effects of the COVID -19 pandemic. Mr. Bankole Adediran, Head, Transaction Banking Products, FirstBank, made this known at the Bank’s SMEConnect webinar with theme: “Managing Your School through the […]

By: HighCelebritySquard   After Almost A Year Of Skeletal Services Due To The Rebranding Plans Coupled With Covid-19 Situation Across The World, Nigeria’s Number One Herbal Slimming Brand, Quincy Herbals Will In The Coming Weeks Officially Open Its Newly Built International Standard Wellness And Naturopathic Clinic. Led By The Natural Elegant Woman Herself, Mrs Quincy […]

By: HighCelebritySquard   The Lagos State Online Media Publishers (LASOMP) felicitates with Top Corporate Affairs Manager, Mr Ramon Nasir as he becomes a year older today. The astute media expert who currently manages the image of banking giant, Unity Bank Of Africa (UBA) has no doubt paid his dues to be at the stage he is today. LASOMP describes him […]

Toyosi, Others Storm Abeokuta For One- In -Town Comedy Movie, Dukenke