There is no doubt that the video clip going viral on the internet space about the rampage at the palace of Oba of Lagos which led to the taking away of the staff of Oba of Lagos (Opa Ase)–Oba Rilwan Babatunde Osuolale Aremu Akiolu is unimaginable and it is a desecration to our traditional stool. This act is largely chagrined, embarrassed, ashamed and mortified by Alhaji Abdulazeez Adekunle Lawal who is popularly known as Kunle Poly.

It is important to note that Kunle Poly condemned the act as it is not only disdainful but also condescending to our time tested stool of Oba of Lagos and Oba Rilwan Akiolu through his graciously sterling performance to the entire people of Lagos State and undiluted peaceful coexistence we have experienced in his time.

It is shocking and scandalous to see the write up by Remi Oyeyemi entitled ‘INVASION OF AKIOLU’S PALACE: DANGEROUS UNDERCURRENTS politicising the rampage on Wednesday with NURTW and concluded that Kunle Poly sponsored one Samson who took away the Oba of Lagos staff of the Office. Let it be known that Kunle Poly has nothing to do with Samson or anybody who might have carried the staff of Oba. The public must know that this is an attempt to drag the hard earned name of Kunle Poly into the mire as the narration of the writer was told from a partisan point of view. As a matter of fact, the write up is spectacularly exhibited his ignorance, narrow-mindedness and a penchant for lying on Kunle Poly apart from being an indigene of Lagos Island, he is a Prince of Lagos Island, he knows why the stool of Oba of Lagos must not become disrepute.

The media team of Kunle Poly has carefully done a personality check on all the followers of Kunle Poly and there is no one bearing Samson who is a follower or sympathiser to Kunle Poly. Therefore, Kunle Poly did not send anybody to invade the sacred palace of Oba of Lagos and he will never do that as a well brought up Prince of Lagos Island. The position of Oba of Lagos as a spiritual and traditional leader of us cannot be overemphasised, Oba Rilwan Akiolu is respected and his stool is sacred as well as his role as a father.

Arguably, Kunle Poly was not anywhere close to the Lagos Island since Sunday 18th of October 2020. He has since been on Mainland before the announcement of the Curfew by the governor of Lagos State–His Excellency Babajide Sanwoolu. Saying Kunle Poly masterminded the attack and taking away the Staff of Oba of Lagos is traditional heresy. So where do the dots connect? Some dots are certainly not connecting to have heaped the responsibility on him. Kunle Poly is a Prince who respects the sanctity of tradition of Oba of Lagos.

In conclusion, the thematic backdrop of Remi Oyeyemi of his article on Invasion of Oba Akiolu’s Palace and taking away Staff of Oba by Kunle Poly’s boy is of emotional hyperboles that make no sense to the people of Lagos State, National Union of Road Transportation Workers, People of Lagos Island and Kunle Poly  supporters. This is to say that Remi Oyeyemi is a character that should not be listened to on critical issues like this because his accusations are technically fallacious and it fell like a pack of cards when confronted with the information at the disposal of people of Lagos Island. 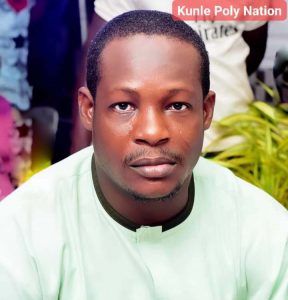 By: HighCelebritySquard   Demand for explanations on how the Senior Special Assistant to the President on Sustainable Development Goals (SDGs), Adejoke Orelope-Adefulire, expended public funds on covid-19 and N26.9billion worth of contracts caused arguments among members of the House of Representatives. The occasion was the budget defence hearing by the House committee on SDGs led […]

By: HighCelebritySquard   …The Heir To The Throne Of Oduduwa Has Arrived This is to officially inform the general public that The Almighty Olodumare has blessed the House Oduduwa with a crown Prince as our mother Yeyeluwa, Olori Silekunola Naomi Ogunwusi gave birth to a bouncing baby boy at the early hours of this morning, […]