This was contained in a statement issued on Monday by the state government and titled, ‘Sanwo-Olu appoints Ibrahim Adejuwon Odumboni as new MD/CEO of LAWMA’.

In the statement, the Head of Service, Mr. Hakeem Muri-Okunola, said, “The appointment, which takes immediate effect, is consequent upon the resignation of the erstwhile Managing Director/Chief Executive Officer of the Agency, Dr. Muyiwa Gbadegesin, from 19th August, 2020, for personal reasons.”

The HoS stated that before his appointment, Odumboni was the Executive Director (Business Development) in LAWMA.

He said, “Odumboni’s appointment showed Mr. Governor’s confidence in his capabilities and demonstrated the Administration’s commitment to quality service delivery, considering particularly Odumboni’s contributions to the growth of LAWMA as part of its Management in his previous position.”

While noting that the outgoing Managing Director had built a strong and highly motivated team in LAWMA and laid an enduring foundation for reforms in the Organisation, Muri-Okunola thanked Gbadegesin for his visionary leadership during his tenure of office.

The Head of Service congratulated the new Managing Director and urged him to focus on improving service quality, adding that waste management and environmental sustainability are critical to all other aspects of the T.H.E.M.E.S Agenda. 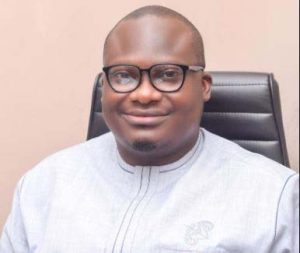 Sanwo-Olu At 55: We Have A Governor Truly Leading Lagos – Speaker Obasa

By: HighCelebritySquard   The Speaker of the Lagos State House of Assembly, Rt. Hon. (Dr) Mudashiru Obasa, has felicitated with Governor Babajide Sanwo-Olu on his 55th birthday saying the Governor has shown true leadership in his administration’s efforts to implement policies that put the state ahead in terms of growth and development.   Speaker Obasa, […]

By: HighCelebritySquard Former minister of aviation and fiery nationalist, Chief Femi Fani-Kayode has described popular clergy and prophet in charge of Champions Royal Assembly, Joshua Iginla as a truly remarkable, kind, compassionate,gifted, wise, extraordinary amd anointed man of God during his courtesy visit to his 80,000 seater auditorium known as City of Wonders at Kubwa, […]

By: HighCelebritySquard   Ecobank Nigeria and Vanguard Economic Forum Series have announced that they are convening an MSME virtual summit to promote and encourage lending  support for micro, small and medium enterprises (MSMEs) in the face of changing operating environment in the country. The virtual summit with the theme: Unlocking Credit Growth in a Changing […]