The charade in the past weeks by the Interim Management Committee of the Niger Delta Development Commission to blackmail a routine task of the National Assembly to perform its oversight function as stated in the constitution of the Federal Republic of Nigeria, has no doubt become a national embarrassment. More so is the uncharitable and condemnable low of smear campaigns against members of the institution, churning out blatant lies that are easily verifiable. The latest, been a press release signed by a supposed civil servant, on allegations that are completely false and unfounded.

They listed 11  companies and ascribed ownership to Distinguished Senator Peter Nwaboshi. These are companies that he does not know nor had anything to do with. A simple search at Corporate Affairs Commission will, at least, show both former and present directors. How do you libelously claim a man owns companies that perhaps belong to other people? Apparently, the officials might have generated names of companies they have probably used to siphon the peoples common patrimony, everyone involved must face the wrath of the law as It is expected that due diligence should precede any contract award. In any case, if the contracts were actually awarded in 2016 as alleged, the forensic audit which covers the period is expected to expose every detail surrounding these contracts and save the public from this shameless falsehood.

We strongly challenge NNDC to avail the public of the names of directors and shareholders of all the companies.

For the umpteenth time, Senator Nwaoboshi once again declares that he is neither a director nor shareholder in any of the companies listed by NDDC.

Nigerians are aware that the misleading press release is just another desperate attempt to rescue the already shredded and tattered image of Godswill Akpabio. Senator Nwaboshi, once again, stands on and reaffirms all he said in his last press conference as it concerns the Minister. He made it very clear and evidentially backed it up by presenting a memo written to him by Akpabio in 2017, requesting the inclusion of projects in the 2017 NDDC budget amounting to the tune of 500 million Naira. The fact of this request is incontrovertibly true as contained in the said memo which is in the public domain. No amount of brazen denial can subvert the documented evidence. The commission keeps indicting itself in the desperate attempt to exonerate Akpabio.

The inconsistency in lies dished out by the Interim management committee of NDDC against Senator Peter Nwaoboshi easily exposes the laughable attempt to smear an innocent man.  First they alleged he was receiving 1billion Naira monthly as consultancy fee.  Same NDDC admitted that the allegation is false. They later turned around to allege that he received 1000 contracts. When that again fell like every other, the narrative changed to 350 contracts. All of a sudden, it has all collapsed to 11 contracts.  Soon, the number shall obviously come to zero.  That is the ways of lies; they crumble like pack of cards.

On this note, Senator Nwaoboshi challenges NDDC to allow for independent investigation of all contract awarded by the commission and see if findings would not show that Akpabio is the greatest beneficiary of contract awards and looter of the commission. 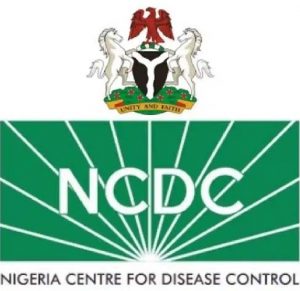 By: HighCelebritySquard   Heritage Bank Plc said it has closed down an Experience Centre- EC (branch) at Allen Avenue; Ikeja over “unconfirmed case” of Coronavirus for deep hygiene clean up after an employee took ill last week. The bank in a statement made available to the press and customers, noted “in line with our emergency […]

By: HighCelebritySquard   The stock market was in excitement on Wednesday, December 2nd, 2020 with the smooth transition at Fidelity Bank Plc, when MD/CEO, Mr. Nnamdi Okonkwo gave account of his 7-year stewardship and formerly introduced his successor, Mrs. Nneka Onyeali-Ikpe to stockbrokers. Speaking during the closing gong ceremony, held virtually, to formally close trading […]

By: HighCelebritySquard   Zenith Bank Plc, Nigeria’s leading financial institution, has introduced an automated voice banking service, an interactive voice response (IVR) solution which enables customers to perform basic banking transactions by dialing a dedicated phone line through their registered phone numbers and following the prompts. By simply dialing +234 (1) 278 7000 from the […]