Nollywood actor, Olarenwaju James aka Baba Ijesha, has been arrested by the police in Lagos for allegedly defiling a 14-year-old girl.

The command’s spokesperson, CSP Olumuyiwa Adejobi in a statement on Thursday, April 22, said the 48-year-old actor was arrested after the case reported at Sabo Police Station by one Princess Adekola on April 19.

“Based on preliminary findings, the suspect started sexually assaulting the victim, since she was 7-year-old. The suspect confessed to the crime and was also captured by a CCTV camera in the house of the complainant,” he said.

According to Pamela Udoka;
This piece of information is quiet shocking seeing the girl and her celebrity Mum just left my psychology clinic a few hours prior to this news breaking on social media on Thursday.

Let me just clarify some issues for the sake of the minor involved.
He first sexually molested her on 2 occasions when she was 7. It was when she started being questioned because of some changes in her behavior, that she let out about what this “Uncle ” had done to her. (She was not serially raped from 7 years till she was 14. This young girl will read this news someday. Her Mum has already seen it and is traumatized)
Fast forward to last week, when she is now 14, her Mum invited said “Uncle” with the aim of confronting him with the said allegations. Mum had the presence of mind to have a professional company install a CCTV before his arrival. Everyone stepped out of the living room for one reason or the other leaving the minor and the “Uncle”. He wasted no time. He started engaging in very explicit sexual expressions including body contacts despite obvious lack of interest from, and rejection by the minor. When it became obvious that he had very ulterior sexual motives, the other adults stepped back into the room. (All these captured on camera). He initially denied his actions both past and present. But when he was shown evidence, he confessed.
The rest they say is history.
Uncle is in police custody….and it was the police PRO that shared the news of his arrest.
Parents be vigilant. Pedophiles abound with us.
My name is Pamela…Pamela Udoka. I am a Certified and Licenced Clinical Psychologist and Sex Therapist. 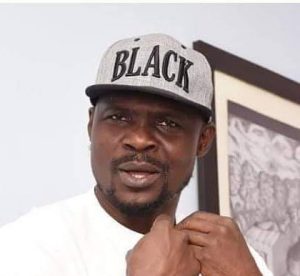 By: HighCelebritySquard   In the fight against the corona virus pandemic, Mercedez Benz, a frontline automobile manufacturer, has donated a truck to Lagos State Government to assist the management of waste. The presentation took place earlier today at Lagos House, Marina. The truck, an 18 tonne AXOR 1823 roll-on roll-off model, is designed to lift […]

By: HighCelebritySquard   Former Minister of Aviation, Femi Fani-Kayode, has expressed deep worries over the continuous cases of coronavirus being reported daily in the country. The former Minister took to his Twitter handle on Monday to state that he ”has a terrible feeling that if more people were tested, Nigerians would be shocked and devastated […]

By: HighCelebritySquard   The Murtala Muhammed Foundation (MFF) has launched a telecommunication medical line to assist the NCDC in its drive to reach those with the Covid-19 virus who are unable to access the designated Isolation centres across the country. The project named, the “MMF Medassist Covid Partner Line,” is part of the effort to […]