Claims by some news media that the Speaker of the Lagos State House of Assembly, Rt. Hon. Mudashiru Obasa, was detained by the Economic and Financial Crimes Commission (EFCC), may not be true as the latter has since returned home.

Obasa, chairman of the Conference of Speakers of State Legislatures in Nigeria, appeared before the EFCC on Thursday, October 8 as the agency continued with the investigation of some allegations against his office.

Obasa was at the EFCC office in honour of an invitation sent him by the agency.

“As a good citizen of Nigeria, a public officer and lawmaker, it was just justified that I honour an invitation by an agency trying to find out some answers relating to some questions.

“It is normal for the EFCC to invite whoever it deems should be invited. Honoring the invitation simply shows patriotism,” Obasa said in a statement released by his media office.

The Speaker added that he had returned home and was never detained by the EFCC as was already being speculated. 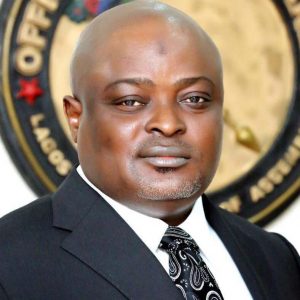 Relief In Eti Osa, As Sanwo-Olu Flags Off Construction Of Regional Road

By: HighCelebritySquard   …Gov: ‘Project Is Manifestation Of Our Promise’ …Govt Sanctions Officials, Developers Who Compromised Road Alignments The journey to the second year of the Babajide Sanwo-Olu administration has taken off on a note of infrastructural drive. On Saturday, the Governor flagged off the construction of the long-awaited Regional Road in Lekki region – […]

By: HighCelebritySquard   Guaranty Trust Bank (GTBank) has ranked highest in user experience in the 2020 edition of the consumer banking satisfaction index released by Agusto & Co. The survey unveiled recently by the leading research and credit rating agency showed the level of customer satisfaction towards digital banking channels in Nigeria. According to Agusto […]

By: HighCelebritySquard   On 04/6/2020 at about 2010hrs one Azees Adebayo ‘m’  No 8. Dosumu Street Agbelekale Oke-odo reported  at Oke-Odo Police Station that one Sergeant Okema Azuquo a tenant in the same house returned home and engaged other tenants in a fight. That he inflicted matchet cuts on one Inspector Adekunle Ilesanmi who is […]