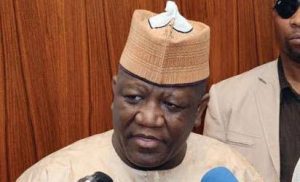 Sanwo-Olu Fecilitates With Hamzat At 56

By: HighCelebritySquard   Lagos State Governor, Mr. Babajide Sanwo-Olu has congratulated his deputy, Dr. Obafemi Hamzat, who clocked the age of 56 years today. The Governor described Dr. Hamzat as a reliable, trust worthy and committed brother, friend and partner in the ‘Greater Lagos’ agenda of the incumbent administration. Governor Sanwo-Olu in a statement signed […]

Dr Olukoya: What A Home, Family Fellowship So Sweet!

By: HighCelebritySquard   While some are wishing that the home of the man of God should scatter by fabricating lies and cooking up allegations so that their satanic missions will be fulfilled, God is busy fine tuning and waxing the love and desires stronger through fellowship and prayers. For some months now, Maureen Badejo has […]

The Search For The Next Robotics Legend Is On!!!

By: HighCelebritySquard   The Next Robotics Legend is an initiative designed by Edu360, Union Bank’s education platform, in collaboration with Awarri, a pan-African technology company, to infuse Robotics and Artificial Intelligence (AI) into the education of the Nigerian child. This stems from the realisationthat the solutions to some of our most complicated problems as a […]