Amidst criticism by people who doesn’t see anything good in his strides, the chief of Army Staff , Lt Gen TY Buratai has been commended for his sterling role in restoring security in Katsina state.
The District Head of Faskari, Katsina State, Alhaji Aminu Tukur Usman wrote a letter of appreciation Buratai on the restoration of security as well as the social responsibility projects undertaken by the Nigerian Army in his domain.
In a letter made available to us he extolled the sterling virtues of the chief of army staff in restoring Security situation in a once volatile Community:
” On behalf of the good people of Faskari Communities, I hereby write to extend our appreciation over your contribution with regard to the improvements of general Security situation in the entire District band the Local Government in particular. The timely intervention through establishment of the Nigerian Army Super Camp IV is indeed commendable and well appreciated by us .
Similarly, we also recognize and appreciate your approval in the payment of compensation to the farmers whose farmland /crops were affected by the work in the Nigerian Army Super Camp ( IV) and the ongoing rehabilitation of our health facility as an implementation of cooperate socal responsibility under your good office .
At this juncture, the people of Faskari within and outside Nigeria are indeed proud to be associated with you and your excellent officers and men especially the General Officer Commanding 8 Division Brigadier General A.Bande, the commander 17 Brigadier General W. Idris and the Camp Commander Col. Usman over the sacrifice they are making in safe guarding lives and properties of our people. 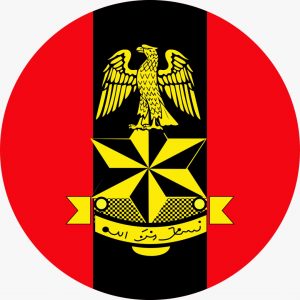 By: HighCelebritySquard   Stakeholders in faith-based organisations and education sector have endorsed the two new products recently introduced into the financial market by Ecobank Nigeria, saying they can provide solutions to their needs. The products Ecobank Stewardship Pack and the Ecobank School Bundle are targeted at religious and educational institutions at all levels respectively. The […]

By: HighCelebritySquard   In another fulfilled prophecy, the Supreme Court today Monday August 31, 2020 dismissed the petition of Peoples Democratic Party, PDP and its candidate, Musa Wada against the declaration of Governor Yahaya Bello of All Progressives Congress, APC as the winner of November 16 Kogi election. In the judgment delivered on their behalf […]

By: HighCelebritySquard   The International Chamber of Commerce Nigeria (ICCN) has concluded arrangements to hold its 21st Annual General Meeting (AGM) and Post-AGM Talk. The yearly forum, which is going to be virtual due to the prevailing COVID-19 pandemic, will hold on Thursday, 9th July, 2020. The Chamber’s Secretary General, Mrs. Olubunmi Osuntuyi, who made the disclosure […]